According to some women and even men a hard penis is more important than a big one.  There is anecdotal evidence that women prefer a penis that remains rock-hard for a long time to a big penis that is not hard enough.  Maybe that is partly because the hardness of the penis really communicates the level of a man’s desire for his woman but it also better demonstrates the man’s virility.

A hard penis is the basis for a satisfying sexual life. Therefore, it may be surprising that there is not more focus on penis hardness rather than penis size. Perhaps, you always have the ability and stamina to please your partner the way she craves to be pleased.  But if you don’t, KEGEL EXERCISE will help it happen.  In sum, whether you are soft man wanting to become hard, or a hard man wanting to become even harder, the KEGEL is the number one exercise to get the job done.

There are numerous of benefits from using Kegel exercises including the following:

·         Better control of ejaculation, which leads to superior sexual stamina

Some Kegeling users have reported that the exercise helped them enlarge the head of their penis.  The head is considered one the best parts of the penis to enlarge because it is the first part of your penis that your partner will feel during an intercourse. Therefore, the Kegel is the first and the most important exercise that you will learn. In fact, if there is only one exercise you would do to help your penis the KEGEL would be the one.

The best part is that Kegel barely takes any time so the multiple benefits mentioned above make the short time well spent. As far as the penis exercises go, the Kegel is also the only exercise that does not involve exercising the (outer) penis, but instead real skeletal muscles.

2.       Stop urinating mid-flow. The muscles used to clamp off your urine are your pelvic floor muscles. You should feel the muscles contract every time you stop urinating. If you didn’t feel it, try stopping again. This time, place two fingers on your perineum – the area between your testicles and anus – while stopping.  You should be able to feel your muscles contracting with your fingers.

3.       Once you locate the muscles, contract them when you aren’t urinating. Each contraction is a kegel. 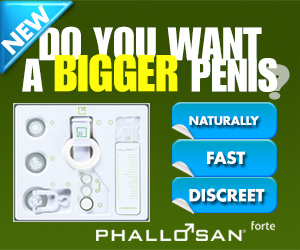